How to Solve Hydrogen Transportation 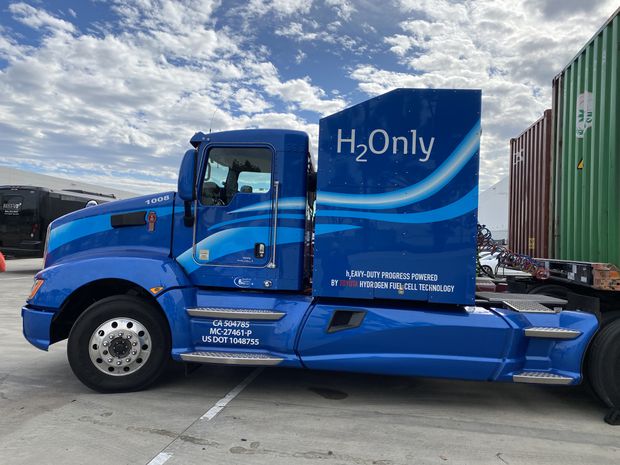 With investments rising around the globe, a future powered by hydrogen is poised to become reality soon enough. This means more clean energy solutions to help with climate change. But first, there are new challenges that require bold engineering. One big question remaining: How will we transport the hydrogen we make?

Hydrogen transportation requires consideration beyond just its place as the smallest element on the planet and high explosivity limits. It also requires conversion from gas to liquid at cold temperatures… as in really, really cold. Unlike natural gas, liquid hydrogen needs to be chilled at an additional 100 degrees Celsius. That puts it at an almost inconceivable negative 253 degrees, a mere 20 degrees above absolute zero. It’s a shipping feat that has yet to be achieved at a mass scale.

But the race is on.

Companies all over the world are well underway in their goal to dominate global hydrogen transport — a market thought to be extremely lucrative in the coming years. There are pros and cons of each. So, who is leading the pack?

One Japanese endeavor, Suiso Frontier of Kawasaki, is definitely a front runner. The company was the first to launch a bold initiative for an international bulk liquified hydrogen carrier in 2019. Due to the COVID pandemic, the first attempt to ship between Australia and Japan has been delayed. However, the bulk cold storage technology does not appear to be the limiting factor, marking a huge potential for success once the pandemic dies down. Fun fact: “Suiso” means “hydrogen” in Japanese.

Another effort in South Korea is piloted by the Hyundai Heavy Industries Group and seeks to secure infrastructure for large liquid hydrogen transport. It’s also leveraging the first major collaboration between industry and national carriers, a notable advantage that could also fast-track safety standards and propel success.

Other companies such as Ballard Power Systems of Canada are taking a different approach. By first working to convert the hydrogen into gas form, they are circumventing the need for extra cold storage technology — a significant advantage. However, this form of transport reduces shipping quantity, a considerable downside that might limit growth in the long run.

As with most new technologies, an early robust hydrogen infrastructure will most likely require a combination of transport options to meet different needs. Liquification is likely the most effective short-term option, with increased gaseous piping offering a long-term solution. Converting the existing natural gas infrastructure to transport hydrogen could work, but will take years to convert given the chemical differences between the two fuel sources. There’s hope: a similar pattern played out when oil was transitioned from tanker car to piping in the early part of the 20th century.

How do you see hydrogen transportation evolving? Share your thoughts below!