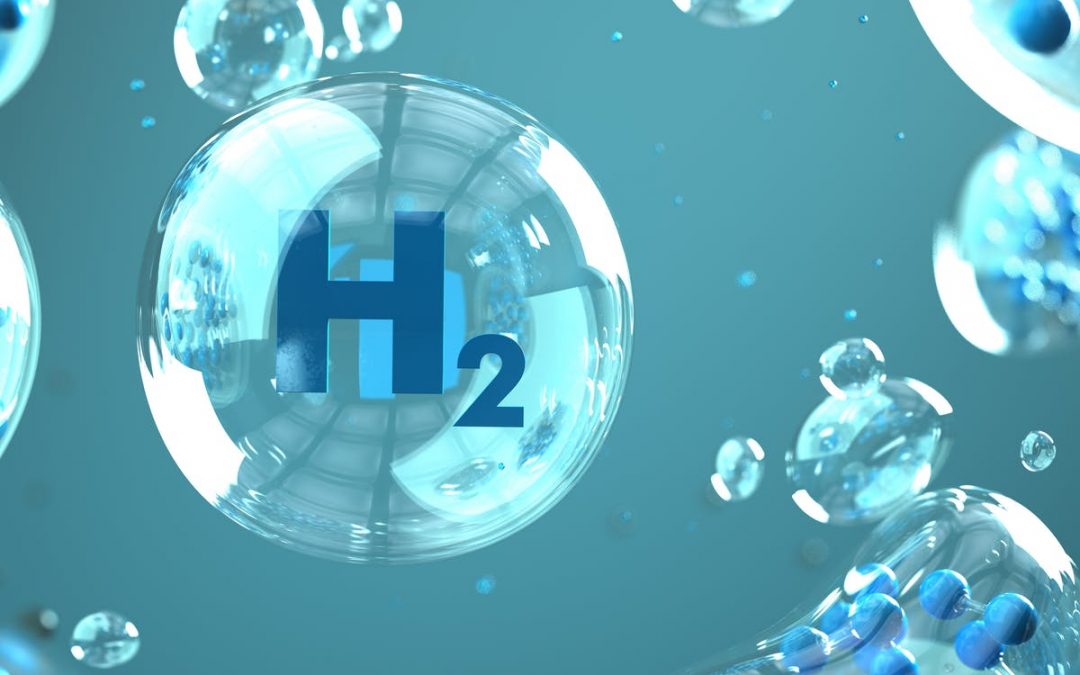 Sustainable and renewable energy seek to reverse this trend by emitting CO2 at a lower rate or converting it back to usable energy. Converting energy from source to application form with zero waste is the ideal state—renewable energy. Renewable sources, such as wind and solar, are infinitely available. At present, there is a significant gap in global renewable energy production.

The International Renewable Energy Agency (Irena) advises that the world would need 19 exajoules of green hydrogen by 2050 to meet the energy demand; the 2018 output and expected 2050 demand are:

Table 1: Renewable source and demand of each to provide 100% green H2 by 2050; varying demand capacities are due to different capacity factors for each technology.

Because any one of the above energy sources would need such high increases to meet global energy demand, a combination of them will likely be the winning solution.

Sustainable energy provides the gateway to a renewable landscape. It stretches the amount of finite fossil fuel available, reducing waste heat energy lost in the process. Sustainable energy also promotes the development of the technology needed to consume the critical mass of renewable energy required for commercial feasibility.

Hydrogen is an efficient energy carrier due to its low atomic mass. It offers production flexibility due to its ability to be stored and transported as a liquid and a gas. Hydrogen can also be produced locally at distribution sites or at plants where it is liquified and transported.

Hydrogen enables fuel cells, a fully renewable energy production method that converts chemical energy directly to electrical without the intermediate state of thermal energy that combustion requires. Fuel cells cause hydrogen to react with oxygen to produce electricity, with only pure water and waste heat as the byproducts. Electric vehicles are also driving the demand for fuel cells by developing electric drivetrains that use fuel cells (FCEV).

Even if combusted directly, hydrogen is still much more efficient than hydrocarbons. Like the fuel cell reaction, burning hydrogen in oxygen produces only water and waste heat, so CO2 is not a combustion product.

Despite its benefits, current hydrogen production still requires fossil fuel for commercial production. The existing natural gas infrastructure makes it a desirable feedstock. Hydrogen also has a broad explosion range (4-94% in oxygen, 4-74% in air), so users must take proper precautions when working with it.

Beyond reforming, other renewable and sustainable sources offer hydrogen production pathways, such as wind, solar, biomass, and nuclear energy. While these approaches move toward a sustainable future with hydrogen, the cost of hydrogen production still outweighs that of converting fossil fuels. For its various production methods, renewable “green” hydrogen costs between $2.50-$6.80/kg globally, a barrier to wide-scale adoption. Electrolysis is a near-cyclic renewable approach that splits water into hydrogen and oxygen, which in turn reacts to produce energy and water again. The principal challenge with this approach is the activation energy required for the reaction to overcome the intramolecular stability of water.

Even with its apparent benefits, the cost, infrastructure, and reliance on fossil fuels in production remain barriers to a renewable hydrogen economy.

CCS captures the CO2 produced from reactions like steam methane reforming to prevent greenhouse gas from entering the atmosphere. Two common CCS approaches are pressure-swing absorption (PSA) of the tail gas and direct oxidation of carbon atoms in the feedstock and reforming furnace.

When the CO2 can be captured and stored, scientists deem this hydrogen production method “blue“—not entirely green, but an attractive intermediate to reduce atmospheric CO2. This compromise allows solar, wind and other renewable energy sources to develop in parallel with creating a mature, cost-optimized hydrogen infrastructure for a climate-neutral outcome.

When considering the holistic picture of reforming with CCS, auto thermal reforming (methane reforming plus partial oxidation) allows higher CO2 capture over SMR. When adding an equilibrium-preferred low-temperature water-gas shift reaction and CCS, the CO2 capture from this approach is nearly 100%.

The third approach to sustainable energy production is HVO fuel (“renewable diesel”). These fuels do not create NOx and particulate emissions that ester-based fuels do due to their lack of oxygen groups. The feedstocks for HVOs are rapeseed, sunflower, palm, soy, and algae, among other sources. The straight-chain paraffinic structure mirrors gasoline’s performance and offers twice the range of E85 fuel with the added benefit of compression-ignition.

HVO reduces incomplete combustion products NOx, UHC, and CO, and offers similar performance and properties to Fischer-Tropsch gas-to-liquid diesel fuels. They are completely renewable and can reduce CO2 emissions by up to 90% compared with traditional diesel.

The impact of greenhouse gas emissions dominated by CO2 is real. It is essential to continue prioritizing a cost-effective, green hydrogen economy to address greenhouse gas emissions. While fully renewable energy is the goal, sustainable energy provides the bridge to this carbon-neutral landscape as green sources increase their output to meet economic feasibility. Expanding hydrogen, introducing CCS during energy production, and shifting to HVOs can dramatically reduce global CO2 emission levels. In doing so, we can affect global temperature rise and improve the environment and overall quality of life for all.